PUBLISHED:
Life Under The Dark Sky 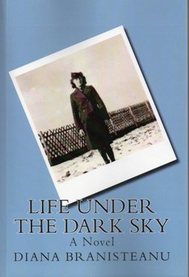 "At the age of 17, Heidi has to enroll in the German Army and leave her family home in Austria. She has no idea if she would live to see her parents again. Her youth is spent under the dark sky of the Second World War and its endless dangers. Under the enormous pressure of the army’s rules, the bombings and the continuous fear for her life, Heidi does not give up on the hope for a normal life.  She looks for friendship, compassion, and love in a world that had lost its human values. Many times she asks herself the same frightening question:  would she be able to stay alive?
The book is based on a true story of a family whose destiny, as many others’, was to live in the wrong place at the wrong time."

Available in paperback at:

Firefly&Fox Book Store in Simcoe ON 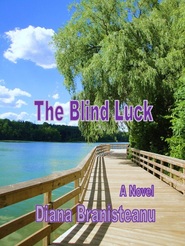 Lisa Orsen, a single mom, becomes a rich woman overnight due to a windfall of money that falls in her lap. As any big change in one’s life triggers a chain reaction of totally unexpected events, Lisa is confronted with challenging situations she does not know how to handle. She is by turns scared,
worried, brave, and resilient, trying to understand the meaning of her newfound fortune.
Her grown-up daughter, her ageing parents, her ex-husband, a police detective, and her new neighbor, all leave a mark in Lisa’s life trying to find out her secrets. The problem is that Lisa herself has a lot of unanswered questions about her present and her past. She finds herself overwhelmed by the irony of life and the struggle to keep her sanity and normality, all the while looking for clues to solve the mystery of her blind luck.
For Lisa, life happens and puts everything in a completely different perspective than she
thought would be possible.
The Blind Luck is a tale of parenthood, lost and found love, decision making, and human nature.

Also available in paperback and Kindle format at:
Amazon

Firefly&Fox Book Store in Simcoe ON  ​ 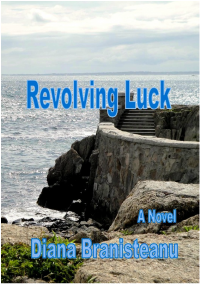 Good luck, bad luck, no luck, Harry Bonhomme has had it all. There is nothing he can lose anymore.  As far as the rest of the world is concerned, he is a dead man. He is fine with that. This is the way it has to be.
By mistake, or by chance, he lands in a small Newfoundland town at the edge of the North American continent, where time is plentiful and its inhabitants enjoy a simple way of living. It is a far cry from what he used to call life.
An angry young man, his kind grandmother, and a mysterious librarian Harry meets in Bonavista force him to re-consider his existence. Trying to live up to his name and be a good man, he discovers that the angry young man harbours secrets that lead to a dangerous path, his grandmother  is not as vulnerable as she seems to be, and the pretty librarian becomes more than his long-time broken heart can handle.  Unexpected events and personal unfinished matters throw Harry into an array of feelings and possibilities like a revolving door spinning out of control. Will Harry be able to conquer his demons, deal with the crisis he walks into, and re-claim his life?
Revolving Luck is an inspiring tale of self-discovery, kindness and revelations that are not always strictly a matter of good luck, but rather of the lack of it.
Read an Excerpt

Firefly&Fox Book Store in Simcoe ON  ​